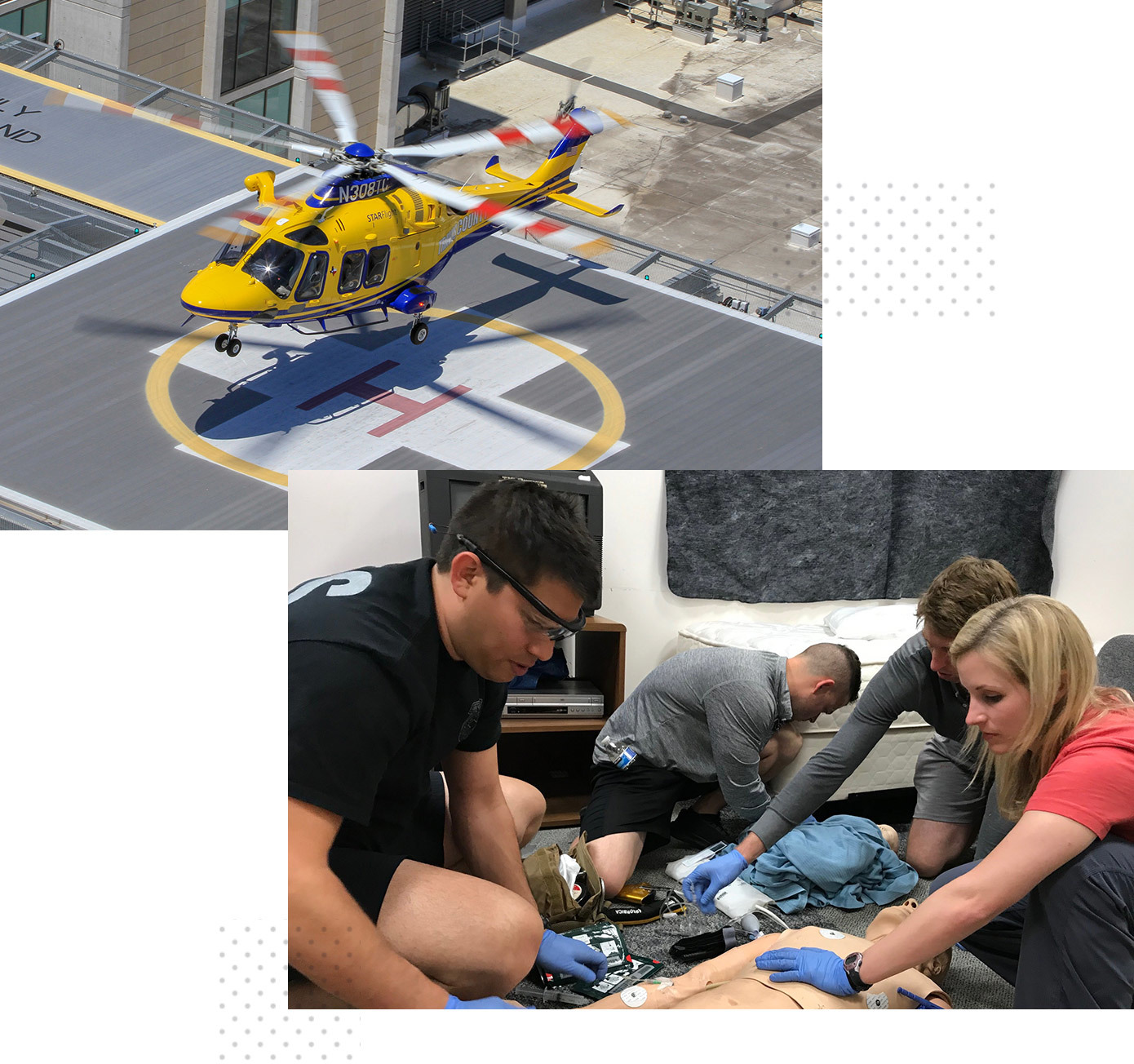 To ensure a sufficiently broad experience coupled with strong expertise, the program works with agencies across Austin, Travis County and the State of Texas to train fellows in a variety of aspects of emergency medical services.

The Office of the Medical Director provides clinical oversight services for the EMS System. This includes physician oversight via in-person response, telephone and telehealth connections. The OMD also manages education, credentialing and quality improvement for the system. EMS fellows have a primary assignment with the OMD and, following successful completion of the introductory phase, are issued a take-home response vehicle and associated equipment for emergency response.

The City of Austin’s Emergency Medical Services Department provides 9-1-1 ground emergency medical response in Austin and Travis County, serving a population of over 1.2 million people in a service region of over 1,039 square miles. ATCEMS responds to more than 130,000 calls each year with approximately 80,000 transports annually.

In addition to the 9-1-1 service, ATCEMS provides special event coverage for Austin and Travis County, including for Formula 1, South by Southwest and Austin City Limits. ATCEMS also hosts a Community Health Paramedic program providing additional services to individuals experiencing homelessness and other vulnerable members of the community.

The Austin Fire Department serves the residents of Austin through fire prevention, emergency preparedness and responding to over 87,000 incidents annually with approximately 70% being medical in nature. The department aims to create a safe and resilient community with a continued focus on confining structure fires to the room of origin, effectively preparing residents through outreach efforts and participating in fire-risk mitigation activities.

The Austin Police Department carries out police operations within the City of Austin, as well as the Austin-Bergstrom International Airport, municipal courts and city parks and lakes. APD serves Austin’s diverse population in the 11th-largest city in the United States. APD is a data-driven and intelligence-led policing organization focused on the tenets of community policing.

STAR Flight (Shock Trauma Air Rescue) is a unique public safety air rescue program that performs everything from transporting people who are critically ill to firefighting and rescue to law enforcement. STAR Flight is funded to protect and serve the citizens of Travis County, but it also serves 19 other counties within Central Texas. STAR Flight responds to people experiencing medical problems such as heart attacks or strokes or traumatic injuries sustained in motor vehicle accidents or recreational activities. It also regularly responds to requests from rural hospitals to transport patients who require specialized or a higher level of care.

The Texas Department of Public Safety, headquartered in Austin, is the lead law enforcement agency for the State of Texas. The department is comprised of multiple divisions including law enforcement, highway enforcement, tactical operations, intelligence and counterterrorism, criminal investigative bureau and executive protection.

Austin Public Health’s mission is to develop programs that focus on disease prevention, health promotion and protecting the well-being of all. Its core purpose as it relates to its mission is to prevent illness, injury and disease; promote community-wide wellness, preparedness, resiliency and self-sufficiency; protect the community from environmental and health hazards; and strengthen collaborations and build new partnerships to advance health in all.