An Ounce of Prevention: a Community's Cure

A partnership spanning Dell Med and dozens of partners across Central Texas aims to catch cancer diagnoses early — or, better yet, prevent them altogether. 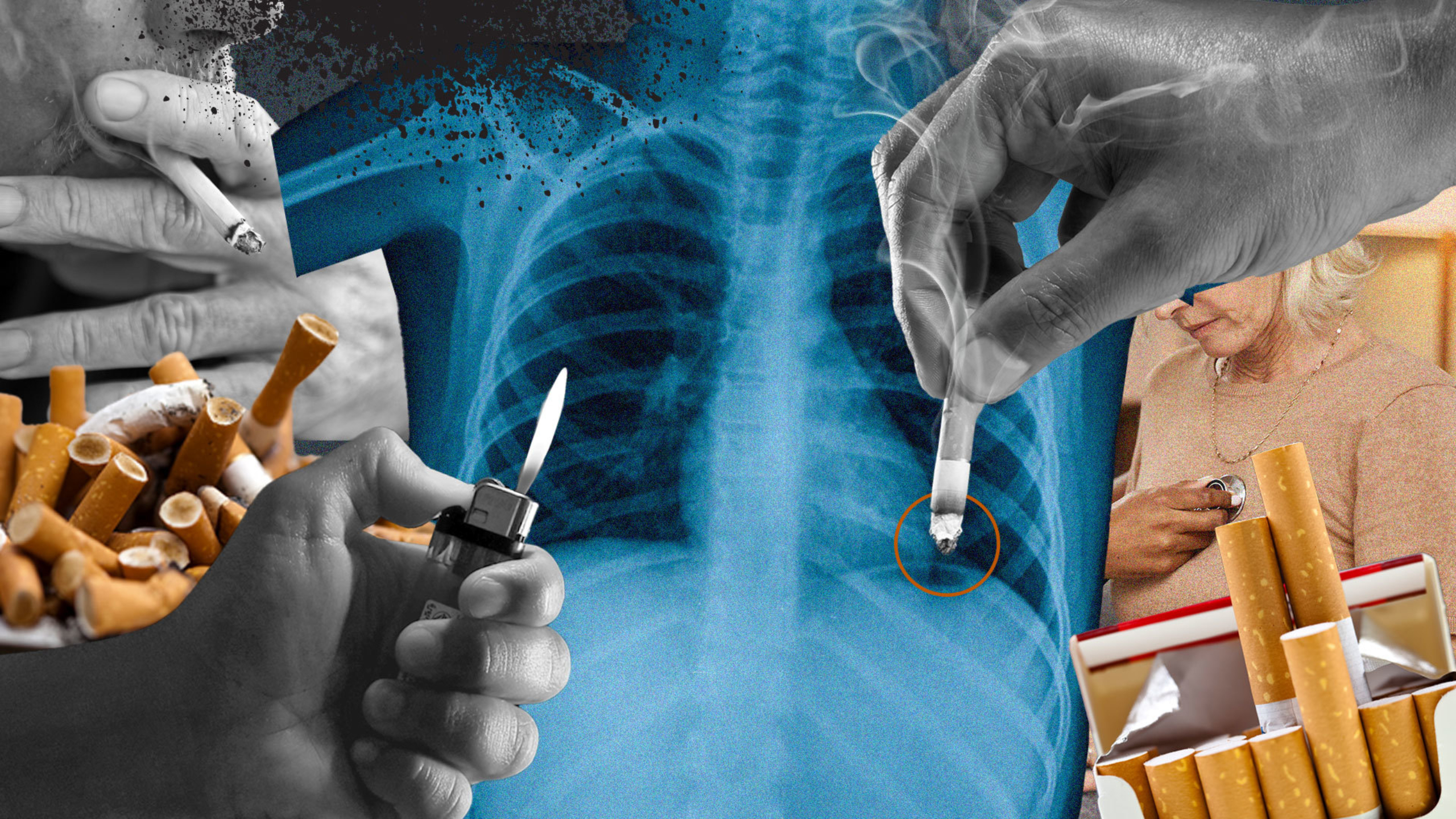 Last year, Suzanne Jones found out she had lung cancer.

Jones, 60, started smoking in her teens. Through decades of life changes, including quitting hard drugs and alcohol, cigarettes were a near constant.

“I tried so many times to quit,” Jones says. “I want to be a nonsmoker. I’ve used patches, medications — so many things. I would make it maybe a week and then I’d relapse and smoke again.”

In June 2021, she enrolled in a program at Central Health-affiliated CommUnityCare Health Centers where she not only hit a personal record in quitting cigarettes, but was also screened for lung cancer with a CT scan — and when it came back positive, she was navigated through the complex process of further testing and treatment that followed. Today, she’s free of both cancer and cigarettes.

“The ongoing, consistent support was important for me and was something I hadn’t had before,” she says. “At the time, I had just moved to Austin and had no income and no health insurance. I really wanted to do whatever I could that would help.”

The cessation and screening program is just one example of a far-reaching, collaborative cancer prevention and care effort spanning partners from CommUnityCare to Lone Star Circle of Care to Dell Medical School at The University of Texas at Austin and more, with millions of dollars in funding provided by the Cancer Prevention and Research Institute of Texas. Current focus areas include colorectal, breast, lung and alcohol-related cancers — all forms of the disease that can be heavily mitigated by early intervention such as screening and behavior modification.

“While there’s a lot being done to improve cancer care, there’s a huge gap in cancer prevention efforts in the Central Texas community, especially for those who need those services the most,” says Michael Pignone, M.D., chair of Dell Med’s Department of Internal Medicine, co-director of cancer prevention and control for the Livestrong Cancer Institutes, and leader of the colorectal, lung and alcohol programs. “We and our many partners are trying to reduce financial and other barriers to accessing preventive care.”

Cancer goes through phases of onset: from risk factors such as smoking to pre-cancerous findings such as polyps that can turn into colorectal cancer, all the way to full-fledged diagnosis. The key to maximizing the chance of survival is catching the disease early at the pre-cancerous stage — or preventing it from starting at all, with a mix of counseling, medication or behavior management such as quitting smoking or alcohol.

“Solidly half of cancer cases could be prevented by modifying risk factors such as smoking or drinking, and staying on top of recommended screening. But research shows a disparity around who’s getting screened, who’s getting seen for counseling, and so forth. It is crucial that we reach those individuals who may not know how at risk they are for this disease,” says Navkiran Shokar, M.D., chair of Dell Med’s Department of Population Health and co-director of the Livestrong Cancer Institutes’ prevention and control program. Shokar brings years of experience with leading similar programs in West Texas, and now chairs the Prevention Advisory Committee for CPRIT.

The broader prevention and care effort kicked off with an effort to increase colorectal cancer screening rates in late 2017. The CPRIT-funded program, led by Pignone in partnership with CommUnityCare and Lone Star Circle of Care, has now mailed more than 48,000 fecal test kits directly to community members. The results? A doubling in local screenings from 19% to 40% — leading to more than 400 follow-up colonoscopies, 161 surgeries to remove pre-cancerous polyps and five cases of cancer caught at the early stages.

“We are deeply invested in this work, given the health equity lens we use in our practice of medicine and approach to population health,” says Nicholas Yagoda, M.D., chief medical officer of CommUnityCare Health Centers and assistant professor of population health at Dell Med. “There remains plenty of work to level the playing field of cancer prevention, and this successful partnership with Dell Med on cancer screening is an important step in the right direction.”

And a separate effort in partnership with Lone Star Circle of Care uses the “Big Pink Bus” mobile unit to bring mammograms and other breast cancer services across the community — primarily serving those who are uninsured or underinsured, and in communities experiencing the highest need. Since July 2021, about 1,600 screenings have been completed.

“The Big Pink Bus project is funded by a coalition of dozens of local organizations,” says Elizabeth Kvale, M.D., medical director of the cancer treatment program at the Livestrong Cancer Institutes and director of the CPRIT-funded program. “We all have a stake in getting ahead of cancer by removing barriers to preventive care and early treatment for our most vulnerable families. We are providing scientific support to our clinical partners at Lone Star to tighten up the safety net and make sure no one falls through.”

‘I Was Not Going to Let Her Fall Through the Cracks’

For Jones, quitting smoking and getting screened was just one part of the equation: The complexity of the health care system meant that getting the care she needed was, at times, far from straightforward.

From getting the results of her scan to undergoing a biopsy that revealed lung cancer (and was complicated by a punctured lung) to juggling multiple specialist appointments — pulmonology, oncology, mental health, imaging and more — over the following months, she faced numerous logistical challenges, made especially difficult without health insurance. Through it all, Jones was trying to move apartments so that she could get treatments without needing to walk 17 flights of stairs to care for herself and her two dogs.

It is crucial that we reach those individuals who may not know how at risk they are for this disease.

The CPRIT-funded program provided navigation resources to help with these challenges, including securing financial assistance through Central Health’s Medical Access Program. With navigation support and the care of multiple providers across Austin, Jones was able to have curative surgery for her early stage lung cancer.

“I was not going to let her fall through the cracks. Without someone to step in and advocate for her, I worry we would have seen a much different result,” says LaTasha Vanin, LMSW, the program’s navigation coordinator at CommUnityCare.

Vanin, who works with dozens of patients per week, personally made appointments and calls, guiding Jones through the system when things went awry — all the while continuing to help her quit smoking. “Programs like these are important. They give people access to exams they wouldn’t otherwise have without health insurance, and they provide highly intensive counseling and guidance for people who really need them.”

Jones, who continued to have ups and downs in her quit journey throughout the program, is uncertain what the future holds — but still forges ahead.

“It’s a really hard thing to work through, but I know I have to keep trying,” she says. “My diagnosis combined with my age have made me realize that the cancer is going to come back if I don’t quit. And next time, I might not be lucky to find out in time.”