Madalyn Rosenthal, a University of Texas at Austin graduate who obtained a bachelor's degree in public health in May 2019, serves as a program coordinator for the Health Leadership Apprentice Program at Dell Medical School. Originally from Birmingham, Alabama, Rosenthal joined HLA in summer 2018. 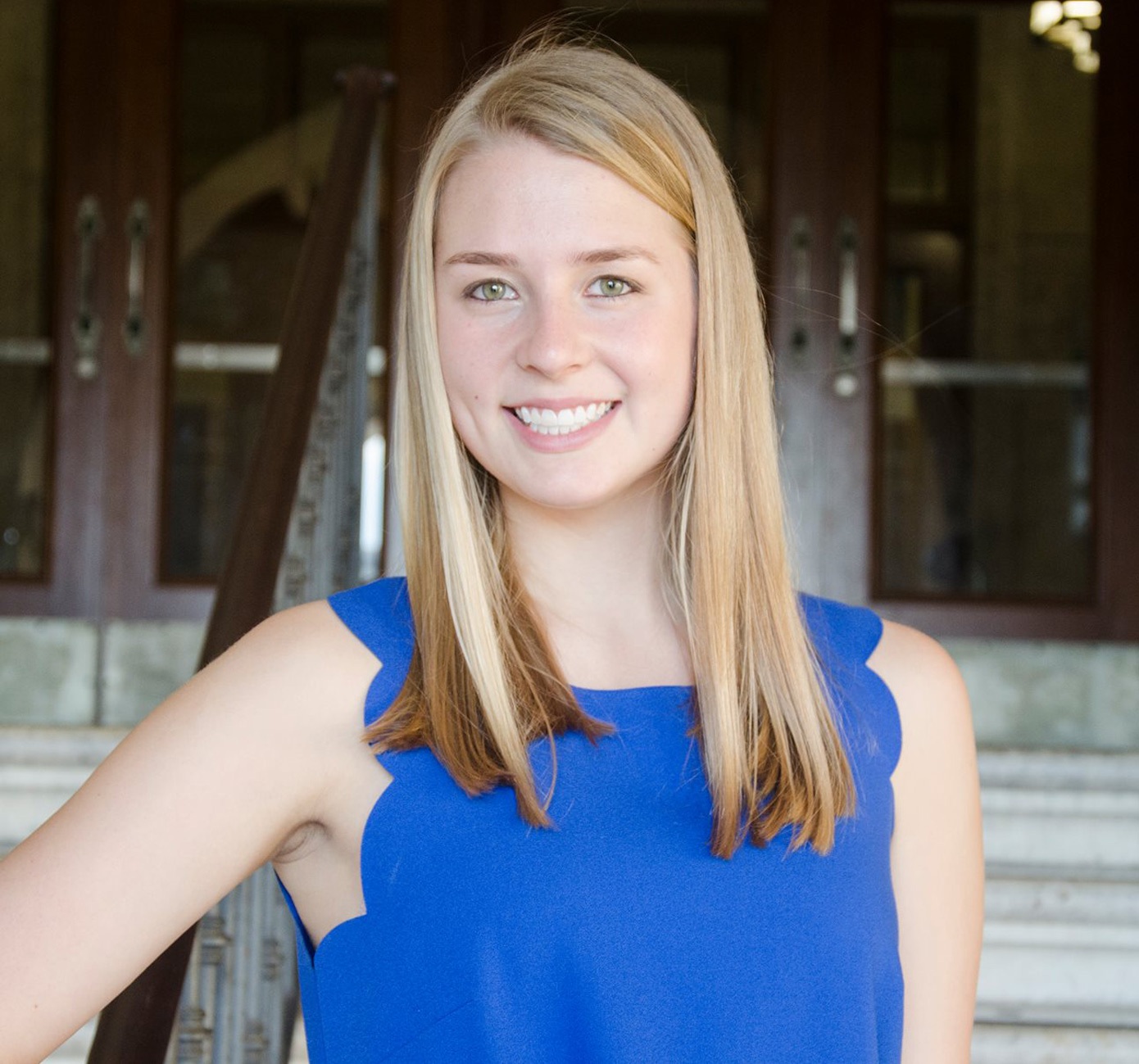 As a member of the HLA Green House, Rosenthal worked with the Volunteer Healthcare Clinic. There, she learned about the importance of patient education and the value that knowledge brings to patients and their health. Rosenthal and fellow HLA Green House members Cole Maguire, Riya Sreenivasan and Katherine Lambert then created PEP Talks — Patient Education Program Talks — that are designed to educate patients on various health topics while they are in the waiting room at VHC.

Rosenthal said she learned a lot from working with patients without insurance in chronic disease management through VHC. She soon discovered that many patients’ health issues stemmed from different social determinants of health rather than accidents or diseases. As a result, she became interested in figuring out ways to solve the root problems, which took her focus outside of the clinic.

She was introduced to Kacey Hanson, MPH, program manager of the Department of Population Health at Dell Med, and began helping her with a patient education program that Hanson had been working on at VHC. Rosenthal and her team reorganized and expanded upon the program.

Rosenthal conducted patient surveys to learn what health topics people were interested in learning about outside of their normal doctor appointments. Her goal was to get to know her potential audience better and determine what subjects would be useful and intriguing.

“Since people were already waiting in the waiting room, we wanted to use that time as an opportunity to deliver useful information to people in an engaging way to not only make the wait seem shorter but also equip patients with knowledge that could help them prevent many of the health issues they struggled with on a consistent basis,” Rosenthal said.

Rosenthal and her team took that data and developed an education program and presentations to deliver the information in a clear, easy-to-follow way. Everything from the schedule of topics, presenters, gathering resources and more was carefully planned and organized to take patient education at the VHC to the next level.

“One of the most valuable things I learned throughout the process was how to appropriately and effectively collaborate with a professional organization, such as VHC, to produce valuable outcomes for both parties,” Rosenthal said. “There were a lot of administrative checkpoints to cross off to make this happen, and we didn’t want to miss a single one.”

They received great feedback and were able to create a second iteration of the education program with new topics. They presented the new program in fall 2019 and once again received positive feedback. Since then, Rosenthal and her team have been working on sustainability efforts for PEP Talks with the hope that once she and her colleagues move, the program will continue to thrive and make a lasting impact on patient health.

This year, Rosenthal will be moving on from her role as HLA program coordinator to pursue a doctorate in nutritional sciences at The University of Texas at Austin with the goal of one day working to improve health equities as they relate to nutrition. She hopes to also be able to work directly with patients to provide information on lifestyle and nutrition that will serve as preventative medicine to help keep people healthy and out of the clinic.

If you are interested in learning more about Rosenthal's work, reach out to an HLA program coordinator.