On Sept. 30, fifth-year resident Kris Olson, M.D., was selected by Dell Med’s general surgery faculty as the Raleigh Ross Scholar. He received his award at the annual meeting of the Texas Surgical Society in Dallas. 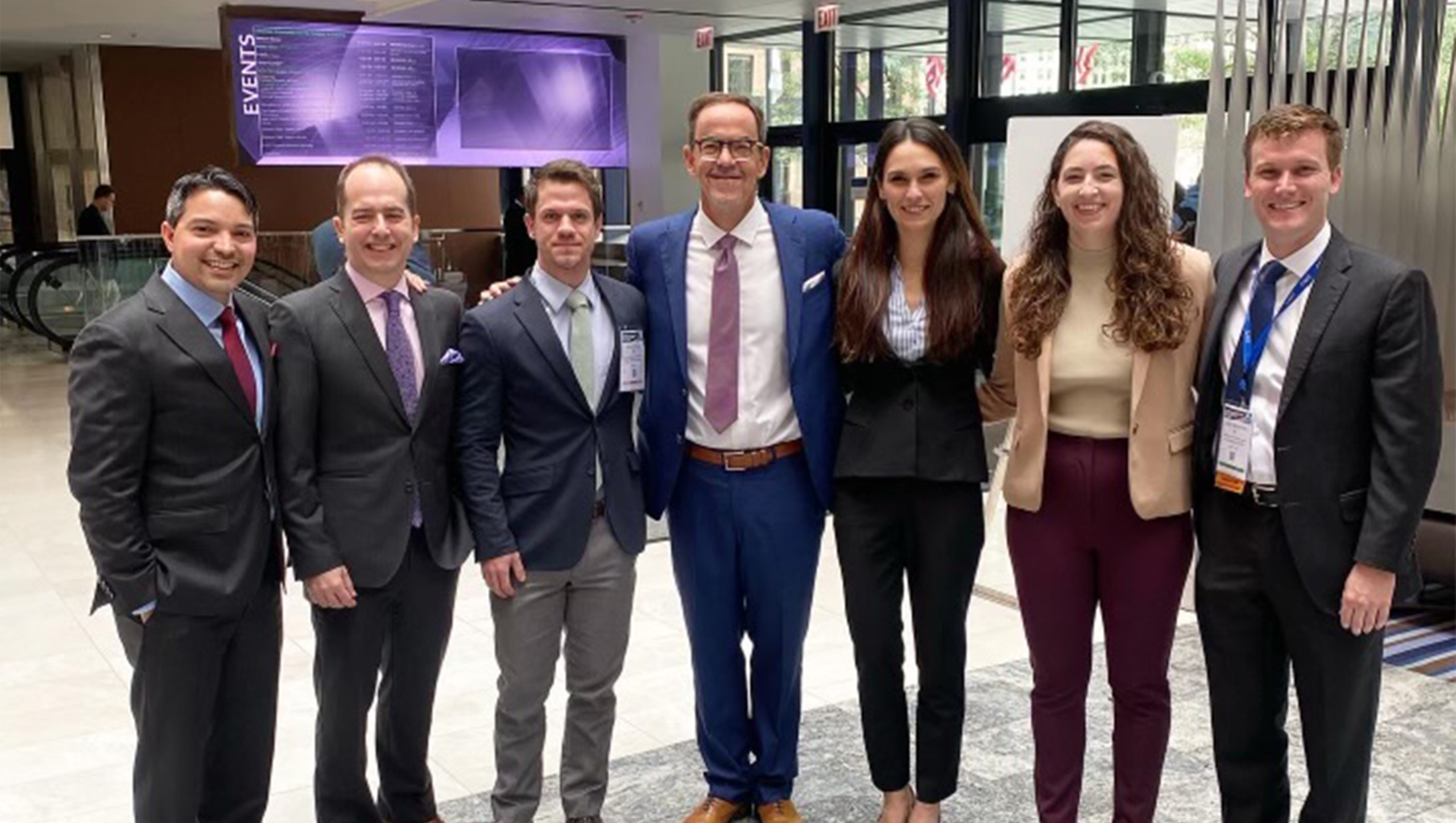 General surgery faculty members and residents at the American Association for the Surgery of Trauma annual meeting in Chicago, Illinois.

Also in September, the following general surgery residents and medical students presented their original research at the American Association for the Surgery of Trauma annual meeting in Chicago:

We are also excited to announce the following fellowship matches for our general surgery residents:

Lastly, fifth-year resident Simin Golestani, M.D., was chosen by her peers to lead the Dell Medical School Resident Council as president. Second-year resident John-Paul Bach, M.D., was elected to serve as a representative on the council.

Congratulations to all for their hard work and accomplishments!

Category:
Surgery and Perioperative Care
Share this page:
Back to Blog