Serving as a hospital chaplain during his rabbinical training in New York City, Rabbi Neil Blumofe became accustomed to the commotion that can accompany medical treatment — the flurry of activity, information overload and heightened emotion. In pursuit of helping others find peace and presence amid chaos, he learned the adage: “Don’t just do something. Stand there.”

This call to mindfulness is an example of the type of lessons Blumofe and eight other Austin religious leaders brought to the table when, in 2021, they teamed up with psychiatry residents and medical students at Dell Medical School at The University of Texas at Austin for a semester of mutual learning.

There’s a lot that’s universal and there’s a lot we can learn from each other, even as we’re steeped in the languages and practices we have.

Through a guided curriculum crafted by medical students, the group shared resources and insight — both to help faith leaders support members of their congregations, and for psychiatry residents to more fully consider aspects of spirituality in their health care practice. 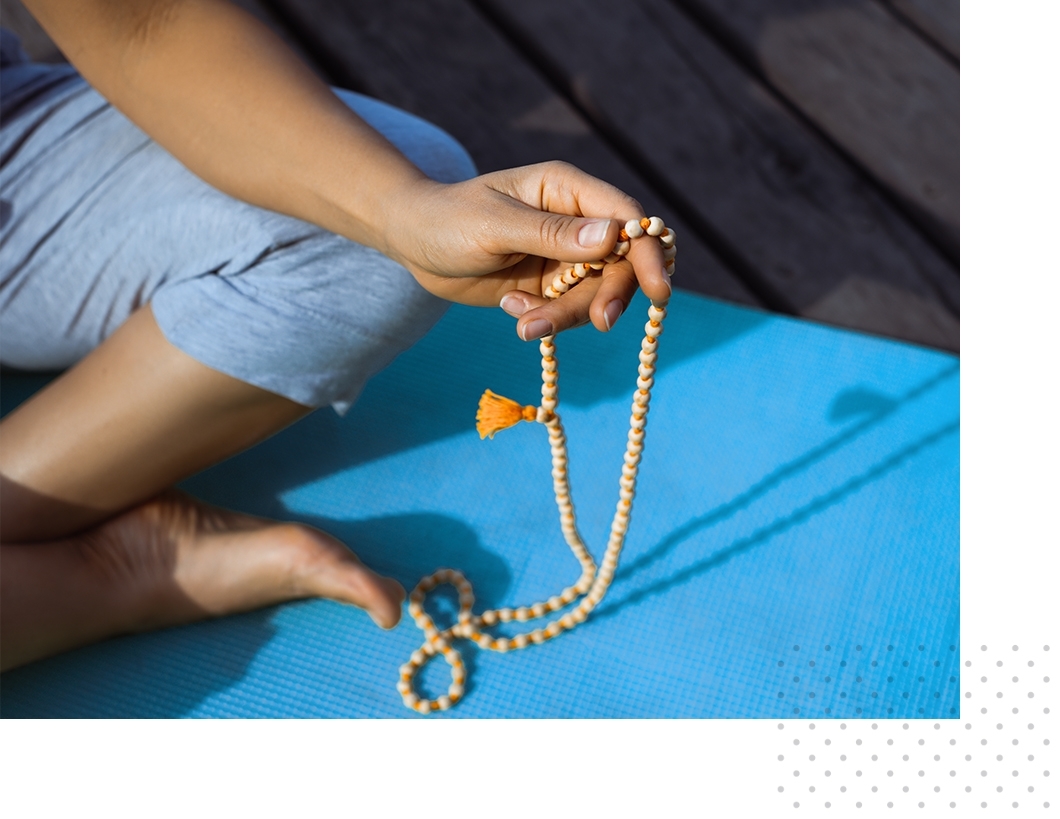 “Sometimes, spirituality is forgotten in medicine,” says Ashley Trust, M.D., assistant professor in Dell Med’s Department of Psychiatry and Behavioral Sciences, who oversaw the creation of the program as part of a broader health equity education effort for residents. “We ask about where patients are from, we’re interested in race and ethnicity and so forth, but as health professionals we can often forget about the importance of spirituality and religion in people’s lived experiences.”

Catherine Dawson, Madison Hansen, Sajani Patel and Chris Allen, fourth-year students at Dell Med, took on this work as part of their interprofessional education built into the school’s Leading EDGE curriculum, which emphasizes collaboration across disciplines; during their third year, students work directly with community organizations on ways to improve health locally. Dawson, Hansen, Patel and Allen worked with Trust and Valerie Rosen, M.D., to design a curriculum that draws on the expertise of both faith leaders and psychiatry residents, allowing each participant to act as both student and teacher.

“Cultural humility was, in a sense, our biggest goal,” Hansen says. “Rather than one group teaching the other, it was important for us to create a program that allowed for connection and self-reflection, taking into account what everyone brings to the table equitably.”

A Universal Language for Healing

Over four virtual sessions, the cohort — including leaders from local Jewish, Protestant Christian, Buddhist, Catholic, Muslim and Baháʼí congregations — walked through hypothetical scenarios together. Examples included: “What can you do when a member of your congregation verbalizes suicidal thoughts?” or “What’s the best way to intervene when a congregant suddenly exhibits signs of psychosis?” Residents offered tips for recognizing and responding to signs of mental illness and provided local resources for helping individuals seek more tailored care.

“The leaders from each of the faiths also taught us basic principles of mental illness conceptualized within their religion, and the unique specific needs or barriers to care that might be common in their congregants,” says Victoria Nettles, M.D., a participating resident in the program who now practices in Austin. “Getting to participate in this course gave me more comfort in exploring my patients’ spiritual needs as they journey toward wellness.”

Similarly, the group discussed potential gaps in standard psychiatric practice, like taking a patient’s spiritual history. After the sessions concluded, common feedback from residents included a choice to eschew a standard, rote checklist for asking patients about their religious background, and instead use a broader line of questioning that leaves room for more nuance in spiritual belief and practice — a key learning that Blumofe emphasizes for future cohorts of residents and leaders.

“A lot of people have an ‘either/or’ idea of how to live in the world — science or spirituality, for example,” Blumofe, who now serves as senior rabbi at Congregation Agudas Achim, says. “And you can’t put spiritual needs in a box. We noticed quickly with the participants from the medical school that there really is an overlap of attention with trying to address human flourishing; often, some of the approaches or even comforting words we use are similar. There’s a lot that’s universal and there’s a lot we can learn from each other, even as we’re steeped in the languages and practices we have.”