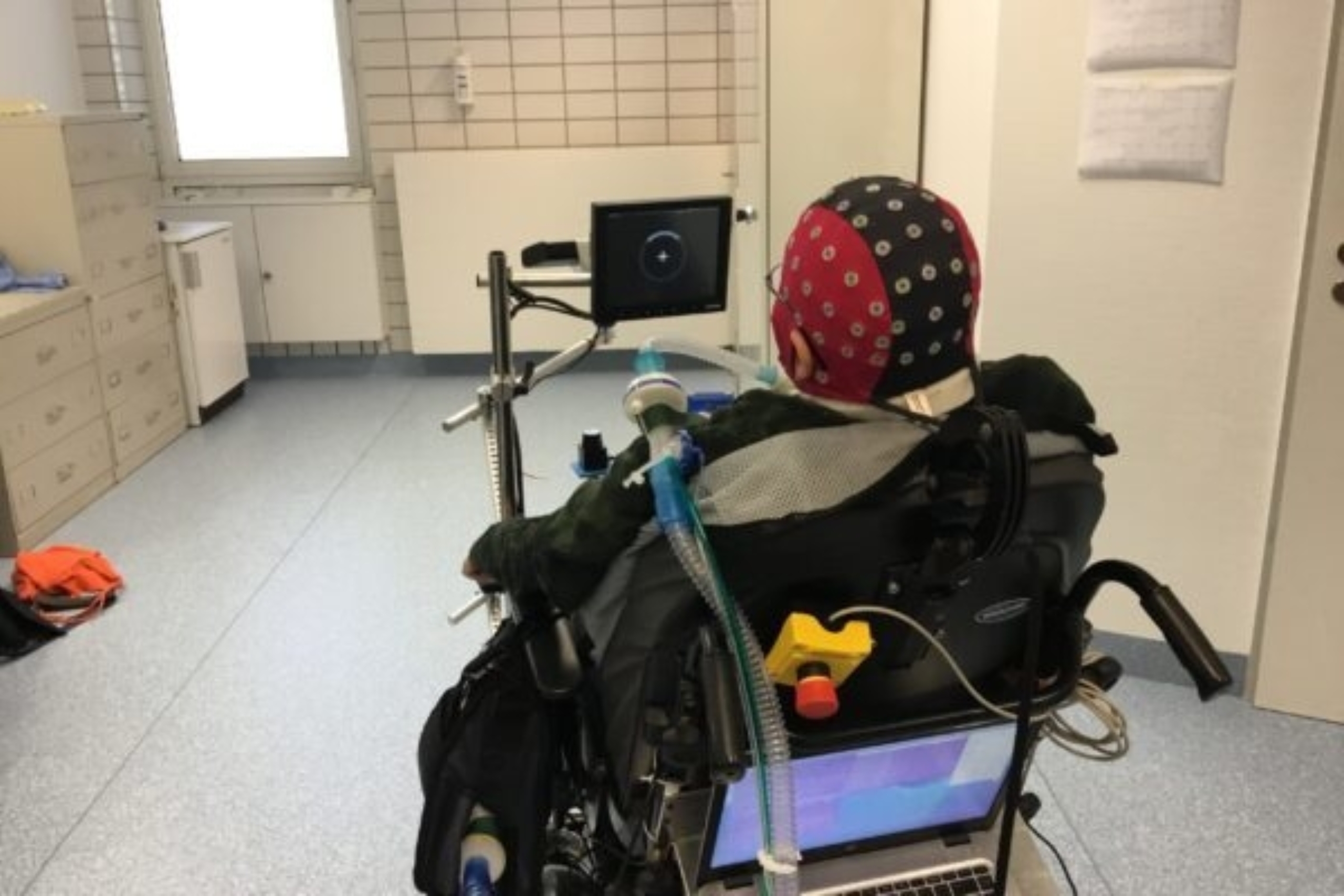 AUSTIN, Texas — In one of the first studies of its kind, several people with motor disabilities were able to operate a wheelchair that translates their thoughts into movement.

The study by researchers at The University of Texas at Austin and published today in the journal iScience is an important step forward for brain-machine interfaces — computer systems that turn mind activity into action. The concept of a thought-powered wheelchair has been studied for years, but most projects have used non-disabled subjects or stimuli that leads the device to more or less control the person rather than the other way around.

In this case, three individuals with tetraplegia, the inability to move their arms and legs due to spinal injuries, operated the wheelchair in a cluttered, natural environment to varying degrees of success. The interface recorded their brain activity, and a machine-learning algorithm translated it into commands that drove the wheelchair.

The researchers said this is a sign of future commercial viability for mind-powered wheelchairs that can assist people with limited motor function.

“We demonstrated that the people who will actually be the end users of these types of devices are able to navigate in a natural environment with the assistance of a brain-machine interface,” said José del R. Millán, professor in the Cockrell School of Engineering’s Chandra Family Department of Electrical and Computer Engineering, who led the international research team. Millán is also a professor of neurology at UT Austin’s Dell Medical School.

The study is additionally significant because of the noninvasive equipment used to operate the wheelchair. The researchers did not implant any kind of device into the participants, nor did they use any kind of stimulation on them.

Participants wore a cap covered with electrodes that recorded brain electrical activity, known as an electroencephalogram (EEG). An amplifying device sent those electrical signals to a computer that interpreted each participant’s intentions and translated them into movement.

When people suffer major injuries that end in paralysis, the brain loses pathways to deliver commands to the body and create movement. But the mind remains active, and the interface is able to capture and facilitate movement, as if the brain were talking to the body instead of a computer.

Two important dynamics were major contributors to the success of the study. The first involves a training program for the users.

The users were taught methods to visualize moving the chair as if they were imagining moving their hands and feet. As the researchers observed the study participants, they saw changes to their brain activity as they delivered commands.

The second contributor borrowed from robotics. The researchers outfitted their wheelchairs with sensors to understand the surrounding environment. And they also deployed robotic intelligence software that helped the chair fill in blanks in the users’ commands to facilitate accurate and safe movement of the wheelchair.

“It works a lot like riding a horse,” said Millán. “The rider can tell the horse to turn left or to go into a gate. But the horse will ultimately have to figure out the optimal way to carry out those commands.”

This research complements another project Millán worked on, the creation of a new EEG electrode able to be worn for long periods without being replaced.

Long-term electrodes are part of the ultimate goal of these projects. And the researchers plan to embed all the other technology involved directly into the modified wheelchair.

Team members in the project include Luca Tonin of the University of Padova in Italy; Serafeim Perdikis of the University of Essex in the United Kingdom; Taylan Deniz Kuzu, Jorge Pardo, Thomas Armin Schildhauer, Mirko Aach and Ramón Martínez-Olivera of Ruhr-Universität Bochum in Germany; Bastien Orset of École polytechnique fédérale de Lausanne in Switzerland; and Kyuhwa Lee of the Wyss Center for Bio and Neuroengineering in Switzerland.