Aya Rossano: Sawing Through the Glass Ceiling in Orthopaedics

This news feature is part of Dell Med’s Voices, a series of profiles that highlight the people of Dell Med as they work to improve health with a unique focus on our community. 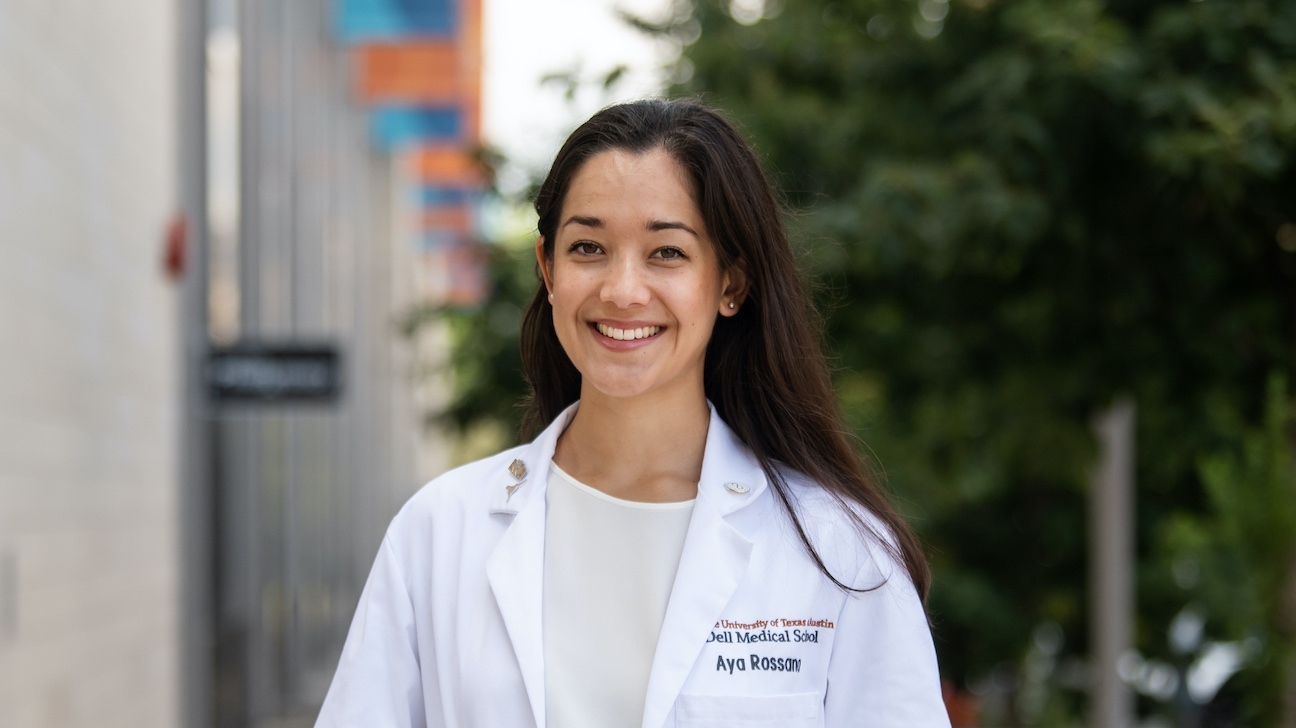 As a fourth-year student at Dell Medical School, Aya Rossano’s multicultural identity has shaped her experience in medicine. Born in Japan and raised near Seattle, she’s entering the male-dominated field of orthopaedic surgery with a passion for diversity, equity and inclusion.

What’s the problem you’re trying to solve, and how did you come to recognize it?

Eight percent of practicing orthopaedic surgeons are women, and less than 4% are Black or Latinx. Traditionally viewed as a “boy’s club,” orthopaedics remains the least diverse field within medicine.

In my first year of medical school, I was invited to a sawbones lab as a woman interested in pursuing a career in orthopaedic surgery. We were given power tools to ream fake bones while foam dust flew all around us. We learned about different fixation methods and worked in small teams to put our fractured sawbones back together.

Then, a Dell Med affiliate faculty member and member of the Ruth Jackson Orthopaedic Society, Catherine Sargent, M.D., talked to us about her path to becoming an orthopaedic surgeon. She shared some of the unique challenges that women face in surgical residencies. She stressed the importance of advocating for herself and finding people who would vouch for her along the way.

I didn’t realize the extent of the gender gap until I heard the statistics: At that time, around 6% of practicing orthopaedic surgeons were women. Now, at least three years later, there’s a slight uptick. It’s progress, but the pace is glacial. At this rate, it’s estimated that the year 2100 will come sooner than gender parity in orthopaedics.

I can count on one hand the number of people I’ve met who share my background. Some people look at me like I have a third eye, trying to discern my background. Others assume I speak Spanish based on my appearance. Rarely does it feel judgmental; it’s usually someone trying to understand me better, and I’m happy to share my experiences with them.

I’m fortunate to have grown up in a blend of two very different cultures. I believe it gives me a unique ability to understand different perspectives. I’ve realized the beauty in learning about other people’s lives and embracing our differences.

At this rate, it’s estimated that the year 2100 will come sooner than gender parity in orthopaedics.

What needs to happen to bring about diversity in orthopaedics?

Historically, underrepresented groups have missed out on chances to explore orthopaedics. When we aren’t connected to resources, it’s extremely hard to embark on that journey. Pioneers such as Ruth Jackson and J. Robert Gladden, as well as organizations like The Perry Initiative, have paved the way for women and minorities to pursue orthopaedics.

It’s up to parents, teachers and physicians to expose young students to a variety of careers. Our physician colleagues who do not identify as underrepresented minorities also play an important role in this process. It is crucial to have “he for she” advocates once these underrepresented groups enter the field.

What makes you positioned to solve this problem?

As a leader in the Military and Sports Medicine Interest Group, which includes Dell Med students interested in the field, I have made it a priority to engage with high school and undergraduate students through community service, mentorship and networking events. It makes a world of difference knowing that there are individuals and societies determined to help aspiring physician-leaders, and I aim to contribute by being an advocate for the future generation.

In addition to mentors, I have patients to thank for keeping the dream alive. Many women have expressed to me why it’s important to them to be cared for by a woman physician. Diversity improves relationships and patient outcomes, and at the end of the day, that’s what matters most.

Diversity in medicine has measurable effects on improving trust in patient-physician relationships. Women and ethnic minorities have not always been welcomed or encouraged in traditionally male-dominated fields, but times are changing. Individuals and societies within orthopaedic surgery are making active efforts to inspire students to pursue careers that they may not have otherwise considered.

Unless you have a support system, the path to orthopaedics may seem unattainable. Through mentorship and advocacy, I aspire to reach students early to provide direction and encouragement — as others have done for me.

Category:
Voices Feature
Share this page:
Back to News