The spaces that make up the school itself are home to artworks lent by Landmarks, the public art program at The University of Texas at Austin, as well as the Blanton. These works, ranging from sculpture to drawing to photography, evoke themes of life, health and healing. 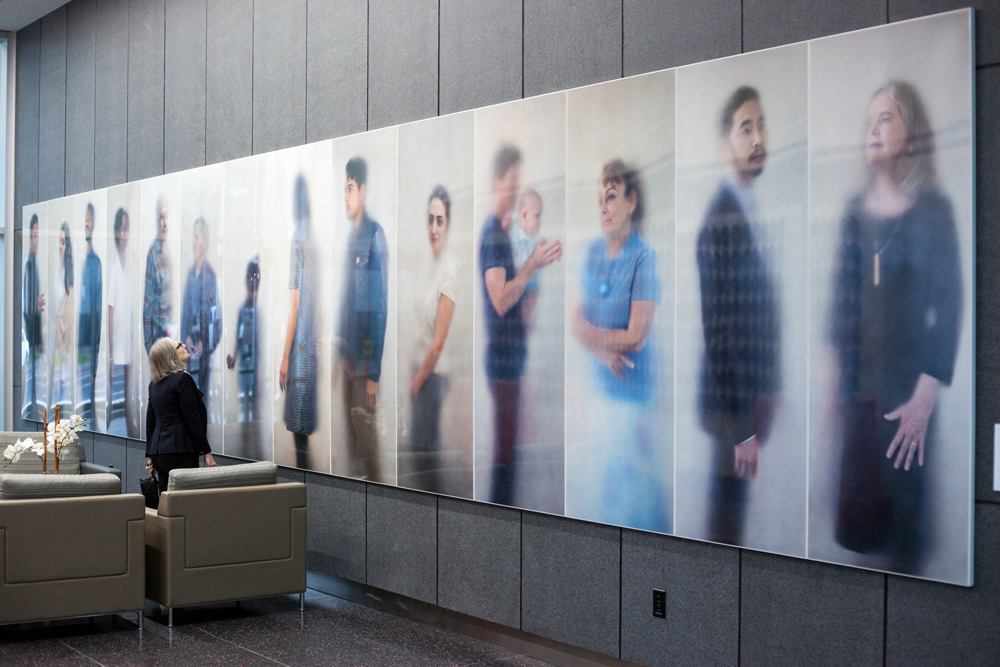 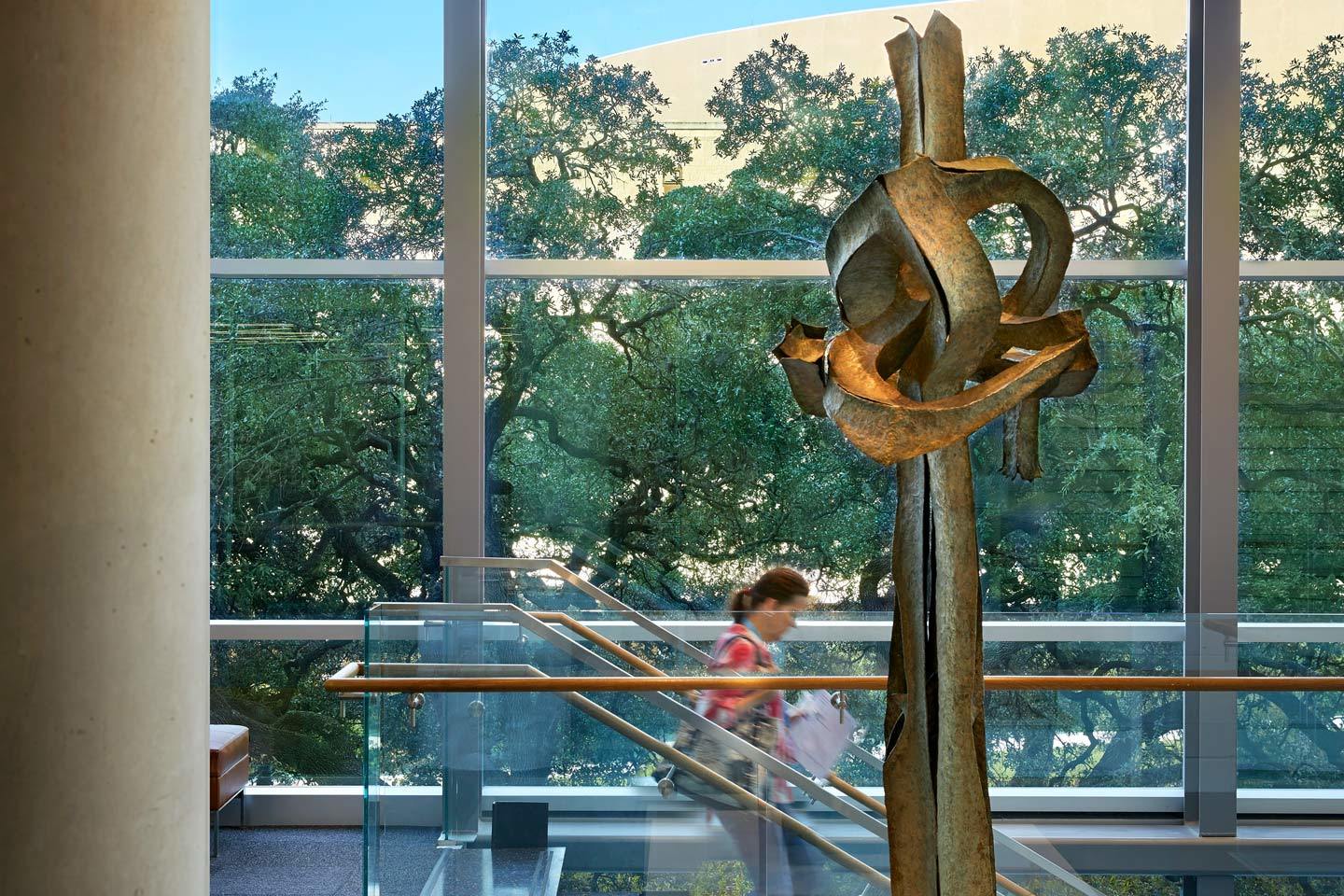 Visitors can find Pioneer on the second floor of the Health Learning Building.

Like many other sculptors in the decade after World War II, Seymour Lipton created abstract works that suggest, rather than literally depict, human figures. The vertically arranged Pioneer evokes a standing form, with two long legs and a jumble of arms topped by the absence of a recognizable head. In the 1950s, Lipton’s work began to suggest regeneration and rebirth. In this context, Pioneer can be viewed as representing the cyclical process of life and death. 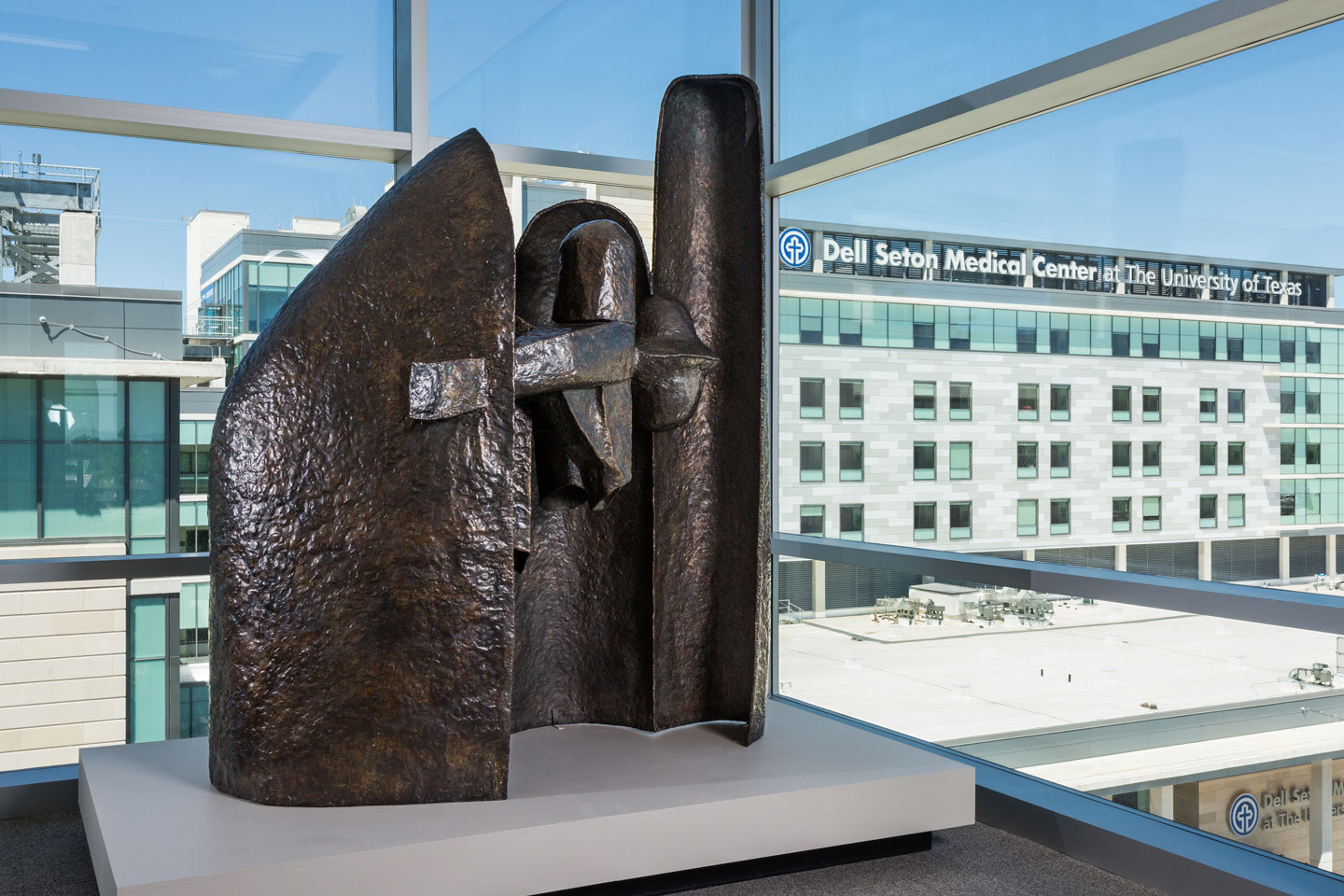 Visitors can find Catacombs on the fifth floor of the Health Learning Building.

Compared to Pioneer, Catacombs is more abstract. Although there is no explicit narrative, the main forms consist of hollow and dark inner areas enclosed by sheet metal gleaming in the light. The three main vertical elements resemble totemic figures clustered together and holding up a smaller fourth form, perhaps a child or ceremonial offering. The grouping suggests a familial or religious ceremony, such as a baptism or burial. 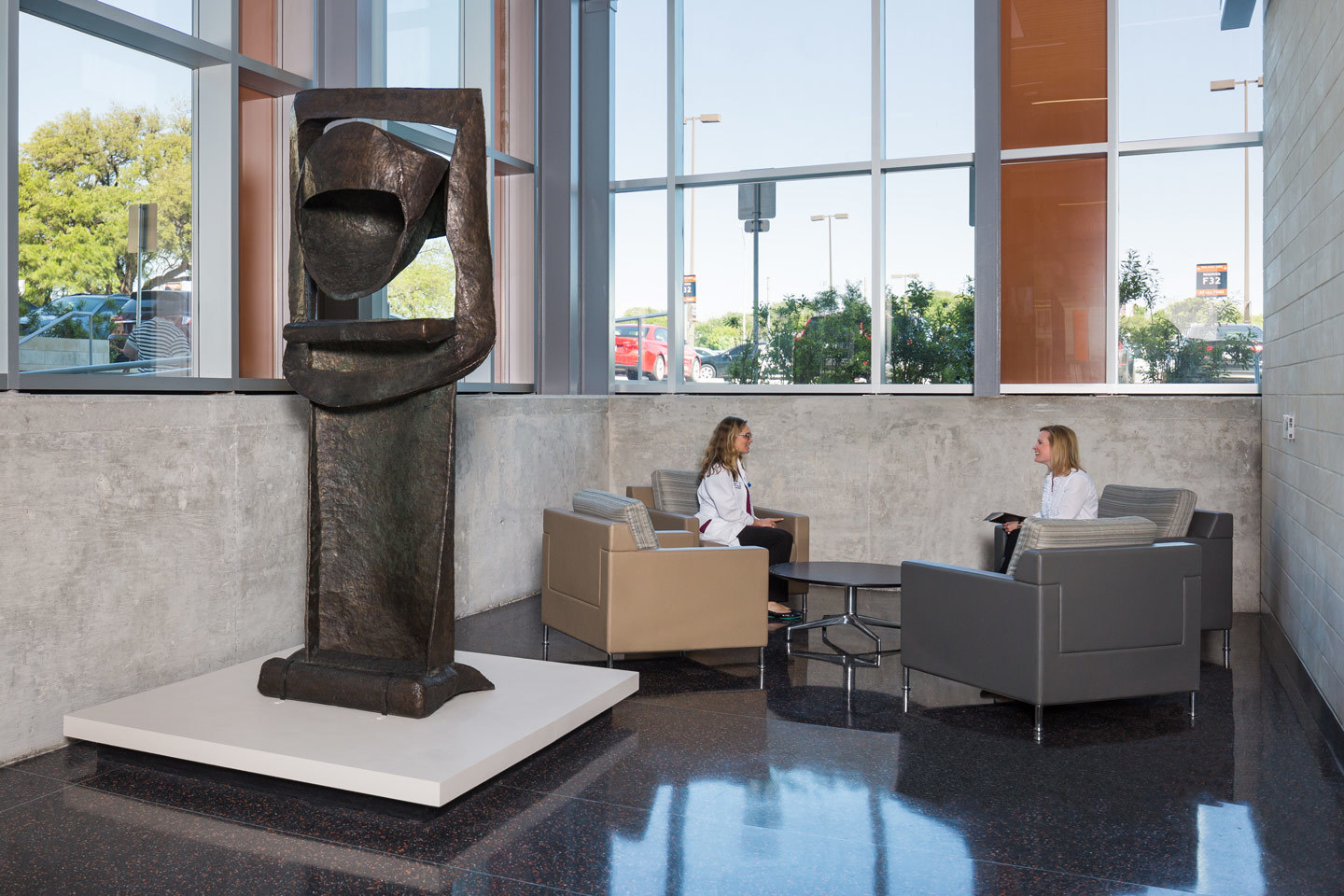 Visitors can find Guardian on the first floor of the Health Learning Building.

Guardian presents another of Lipton’s totemic figures; however, Guardian conveys a more ominous tone. Although the eyeless head appears to be roaring a warning or about to attack, the title asserts a positive meaning of protection.

As part of an extended loan from The Metropolitan Museum of Art, Lipton’s sculptures have been presented by Landmarks since 2008.

Spiral of the Galaxy

Marc Quinn’s Spiral of the Galaxy is based on a specimen in the British Natural History Museum. The conch was scanned in three dimensions to form a mold, then cast into bronze. The result is familiar in its proportion and surfaces but strange because it no longer invites intimate handling. 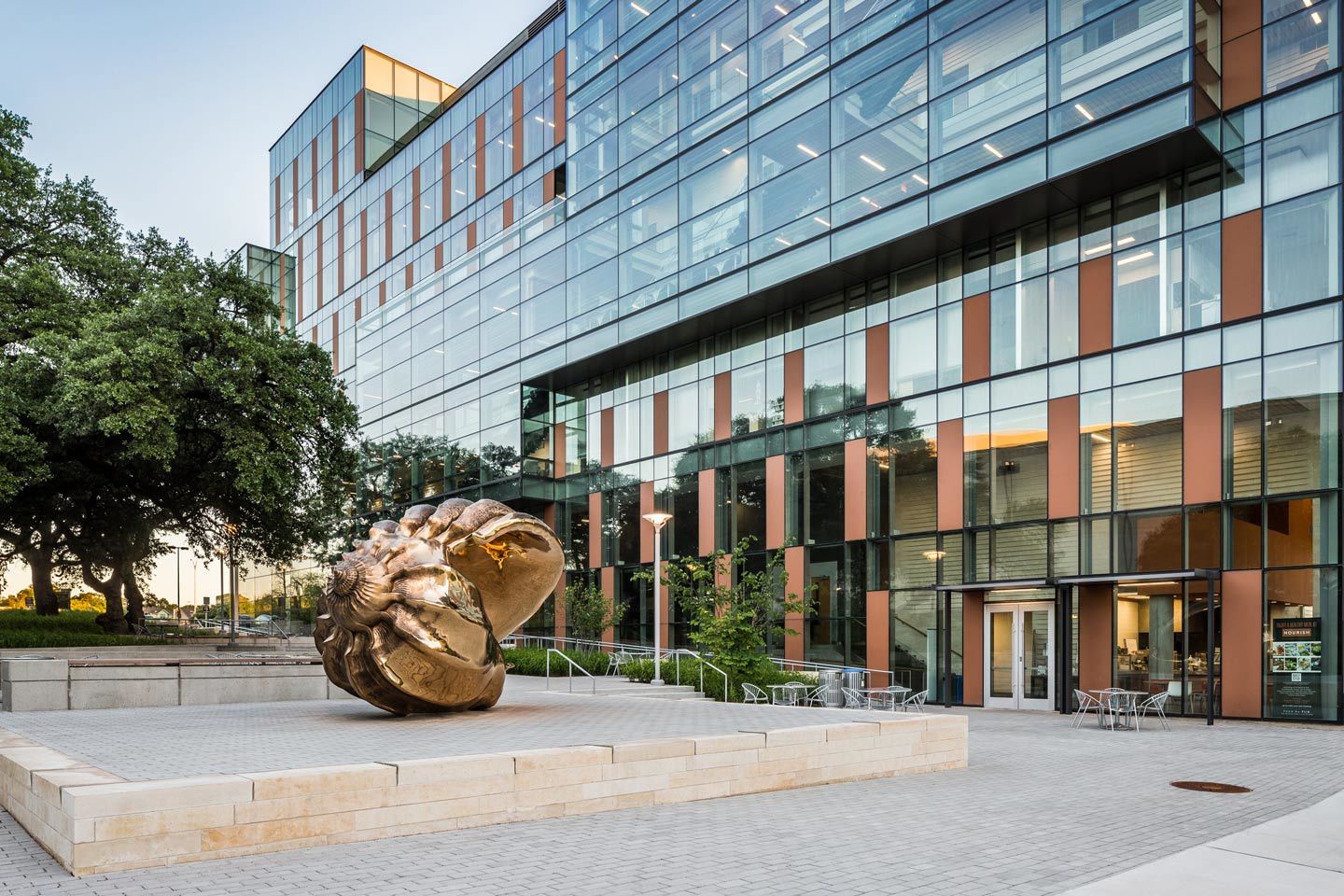 Visitors can find Spiral of the Galaxy in the Health Learning Building courtyard.

Quinn calls seashells “the most perfect pre-existing sculptural ‘readymades’ in our natural world.” He refers to the graceful intricacy of their forms and to the wonder of their natural production.

Throughout Quinn’s career, he has explored the unstable margins of life and the meanings we find in them: the vital interconnectedness of all life forms across time; the desire to still a passing moment or to live forever; and the prospect of living in harmony with nature and other people. 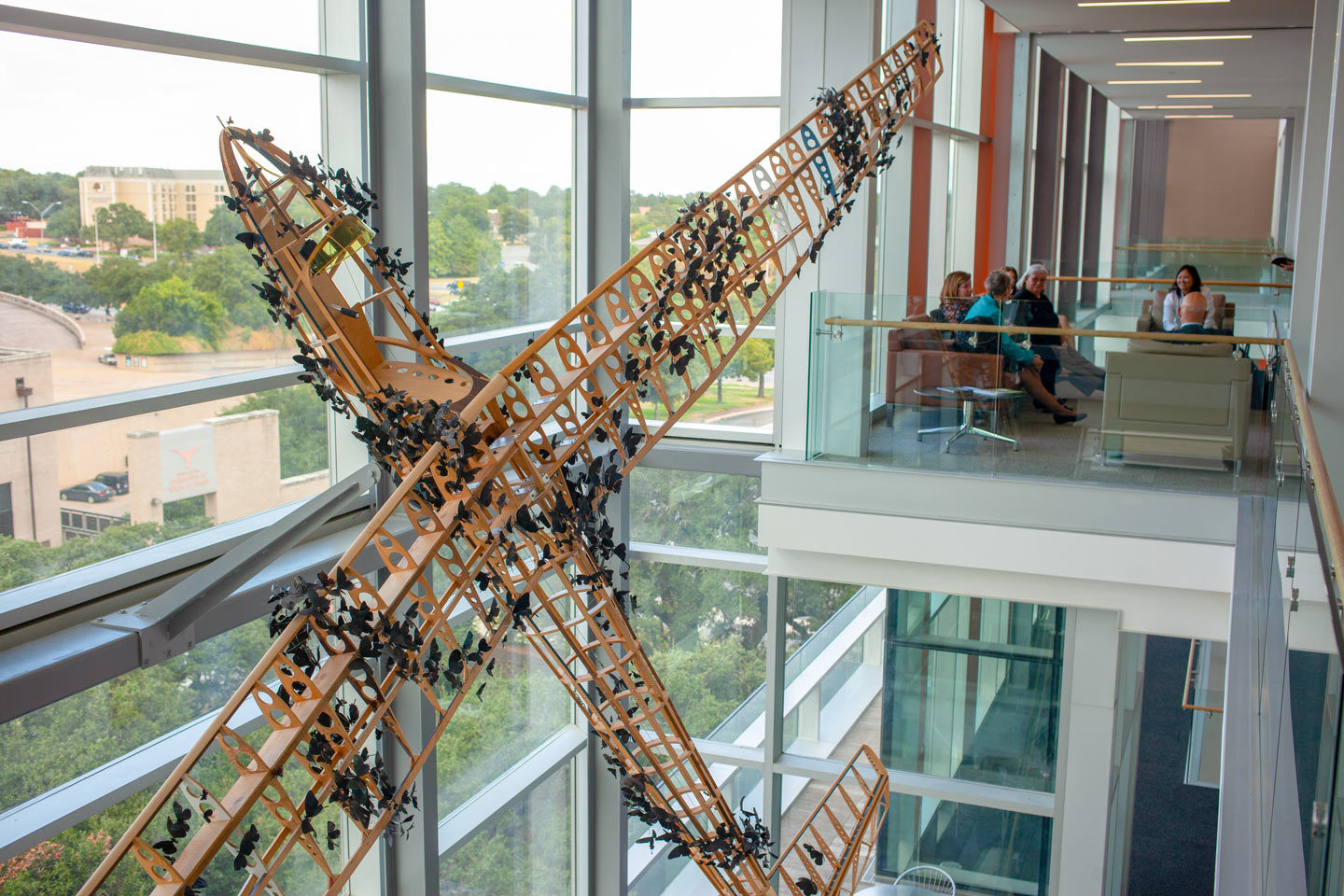 Visitors can find Passage in the Health Learning Building atrium.

Enveloping the life-sized glider is a cloud of 1,000 black butterflies, a motif the artist is widely known for and which has been prominent in his work for over 15 years. Each butterfly was painstakingly shaped to represent one of dozens of different species, and the obsessive, handmade process means no two butterflies are exactly alike. The ephemeral and elegant final result of Villinski’s labor-intensive process is one that celebrates the beauty, resilience and ingenuity of both nature and man. 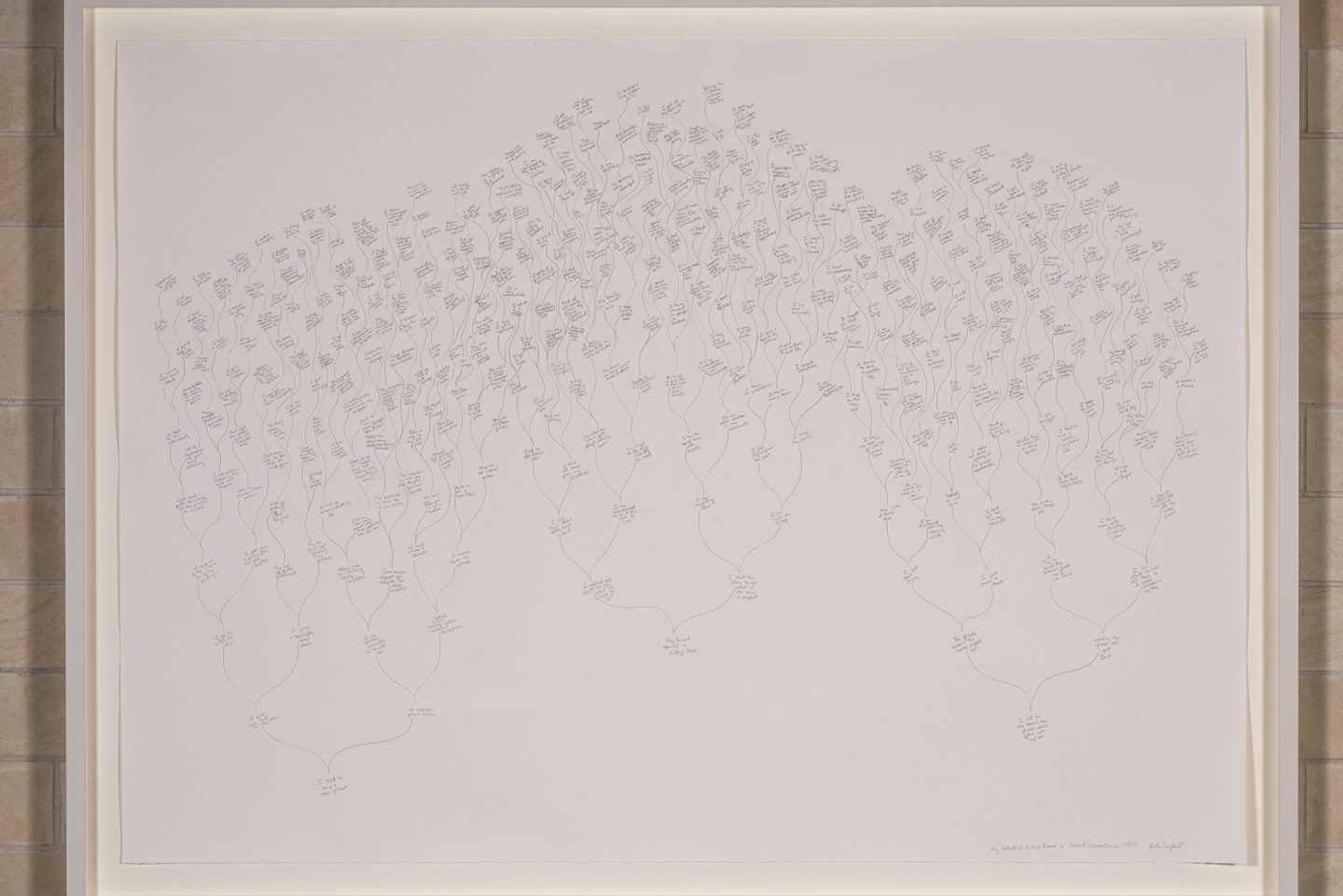 Visitors can find Spontaneous future(s), Possible past on the first floor of the Health Transformation Building.

Delicately charting the human condition with gravity and humor, Beth Campbell’s drawing and mobile for Dell Medical School reveal the interconnectedness of shared experience. This site-specific commission is rooted in Campbell’s ongoing drawing series My Potential Future Based on Present Circumstances. The series draws upon the artist’s interest in rhizomatic structures, circuit boards and early virtual worlds in order to map imagined futures or parallel lives. 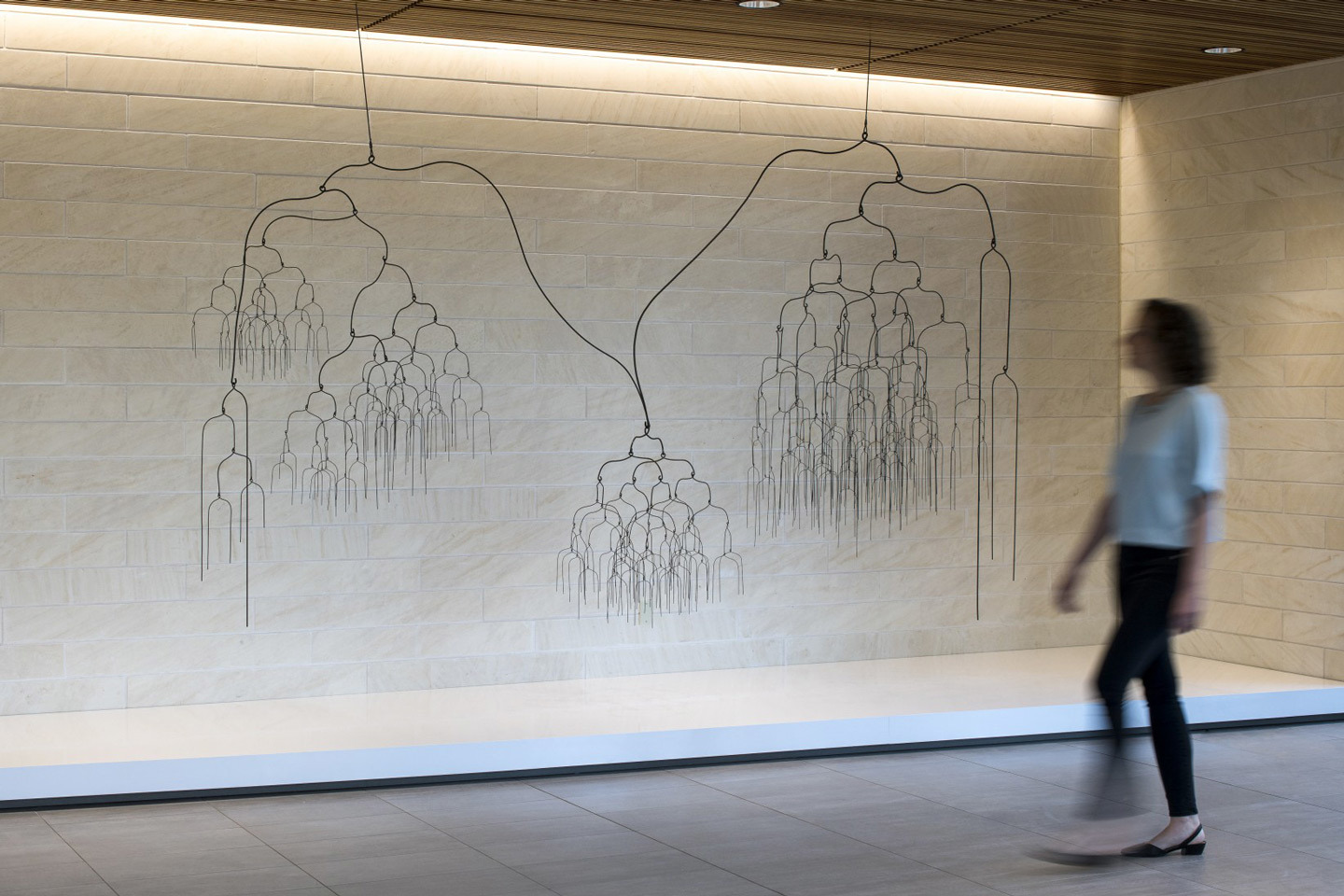 Visitors can find Spontaneous future(s), Possible past on the first floor of the Health Transformation Building.

Campbell begins each work by considering a seemingly mundane moment from everyday life, such as, “I just sat on my brand-new glasses while getting into the car,” or, “I need to buy a new pillow.” She then uses gestural lines to diagram a neural network–like flowchart of possible outcomes unfolding from the event, ranging from fantastic to tragic.

See the Art for Yourself

You’re invited to explore the artwork and innovation happening on the Dell Medical School campus.